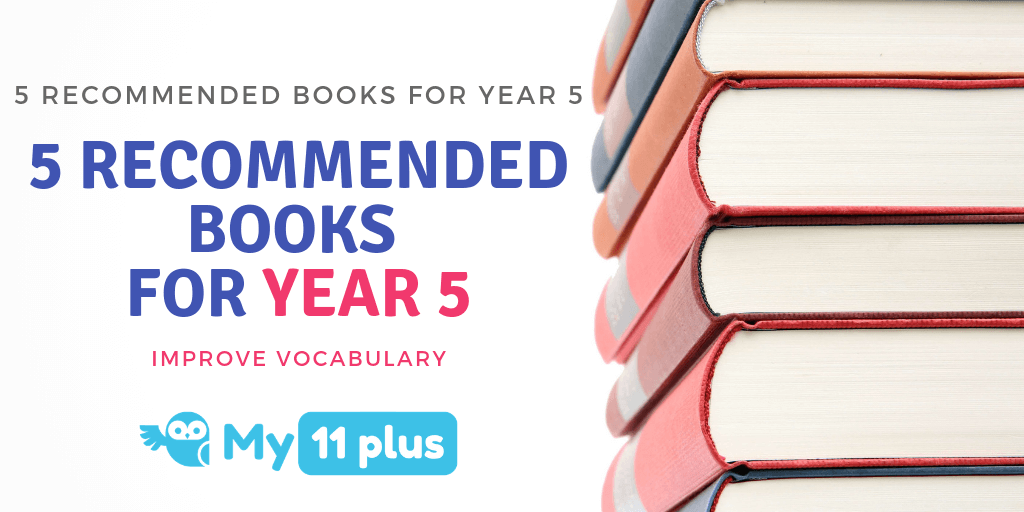 Build your child’s vocabulary and ability to deal with complex English sentences with this week’s recommendations for year 5 students.

There’s something about the way Nix tells stories that is strangely compelling. His mix of magic and fantasy, history and future visions, are truly unique. It’s difficult to guess what will follow in further volumes, but that’s half the fun of reading an author like this. It could be said that Nix is in many ways the heir to Philip Pullman’s throne. Suitable for readers aged 10 and over. John McLay

The first in an ambitious seven-book sequence, Mister Monday is surely the publication that will prove that Garth Nix is one of the best fantasy writers at work today. In turn, imaginative, spellbinding and hugely original, this award-winning author from Australia begins an expansive multi-volume work that is sure to stand the test of time if this first episode is anything to go by.Arthur Penhaligon is supposed to die and he almost does on a school run when he collapses because of his chronic asthma. In his dreams he is visited by the enigmatic Mister Monday, who gives him a mysterious atlas and a magic key shaped like the minute hand of a clock. But Arthur wakes up and Mister Monday wants everything back. With these “gifts”, Arthur suddenly assumes new powers and with them frightening responsibilities. Arthur’s family and friends are under threat from a sudden outbreak of drug-resistant influenza and it seems the cure to this curious rash of afflictions can only be found inside a vast house that only Arthur can see.

Arthur has no option but to step inside and in doing so becomes the world’s most unlikely hero and champion. Battling obstacles such as dog-faced Fetchers and people with Wings, robots and unbreakable chains, Arthur fights to stay intact and for meaning to this crazy world he has tumbled upon.

“A pleasure to read. A beguilingly funny, original and thought-provoking tale… hilarious” – Amanda Craig, The Times

From the world’s favourite author, David Walliams – ten cautionary tales and a delightfully dreadful cast of characters; all in a gorgeously gifty FULL COLOUR format!

Are you ready to meet the World’s Worst Children?

“Wilson’s comic exploration of the twin-world shows the desire to separate fighting a powerful genetic magnetism. In a clever touch, each narrator is given a different illustrator” Independent on Sunday

Ruby and Garnet are ten-year-old twins. They’re identical, and they do EVERYTHING together, especially since their mother died three years earlier – but they couldn’t be more different. Bossy, bouncy, funny Ruby loves to take charge, and is desperate to be a famous actress, while quiet, sensitive, academic Garnet loves nothing more than to curl up with one of her favourite books. And when everything around the twins is changing so much, can being a double act work for ever?d. Can Kizzy survive in a hostile world – and save Joe?

Twelve-year-old villain, Artemis Fowl, is the most ingenious criminal mastermind in history. His bold and daring plan is to hold a leprechaun to ransom. But he’s taking on more than he bargained for when he kidnaps Captain Holly Short of the LEPrecon (Lower Elements Police Reconnaissance Unit). For a start, leprechaun technology is more advanced than our own. Add to that the fact that Holly is a true heroine and that her senior officer Commander Root will stop at nothing to get her back and you’ve got the mother of all sieges brewing!

“Remarkable . . . It has the power to move hearts and change minds” –Guardian

‘My name is August. I won’t describe what I look like. Whatever you’re thinking, it’s probably worse.’

Auggie wants to be an ordinary ten-year-old. He does ordinary things – eating ice cream, playing on his Xbox. He feels ordinary – inside. But ordinary kids don’t make other ordinary kids run away screaming in playgrounds. Ordinary kids aren’t stared at wherever they go.

Born with a terrible facial abnormality, Auggie has been home-schooled by his parents his whole life. Now, for the first time, he’s being sent to a real school – and he’s dreading it. All he wants is to be accepted – but can he convince his new classmates that he’s just like them, underneath it all?

WONDER is a funny, frank, astonishingly moving debut to read in one sitting, pass on to others, and remember long after the final page.