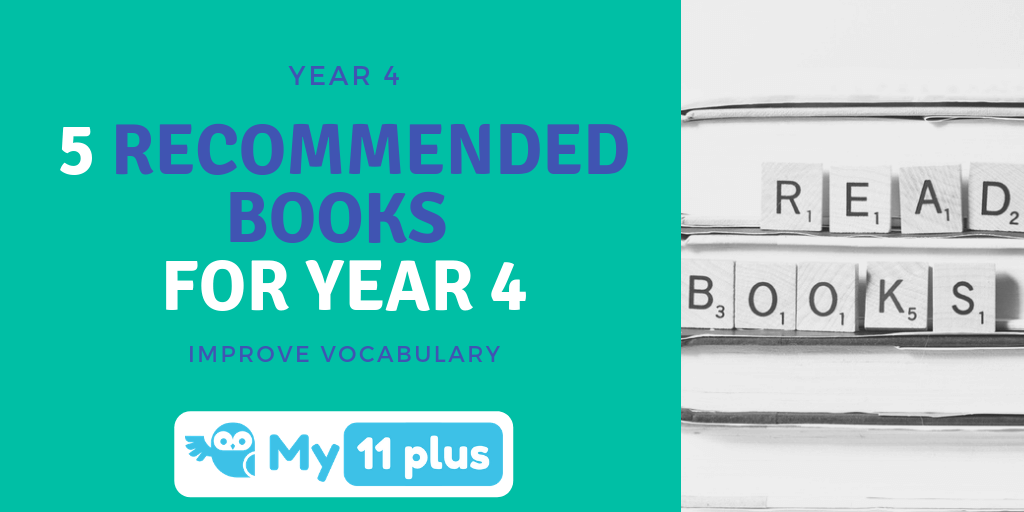 Build your child’s vocabulary and ability to deal with complex English sentences with this week’s recommendations for year 4 students.

This carefully judged, poignant story should help those with OCD feel less alone. It’s an intriguing, involving mystery. -The Guardian

A story about finding friendship when you’re lonely – and hope when all you feel is fear. Twelve-year-old Matthew is trapped in his bedroom by crippling OCD, spending most of his time staring out of his window as the inhabitants of Chestnut Close go about their business. Until the day he is the last person to see his next door neighbour’s toddler, Teddy, before he goes missing. Matthew must turn detective and unravel the mystery of Teddy’s disappearance – with the help of a brilliant cast of supporting characters. Page-turning, heartbreaking, but ultimately life-affirming, this story is perfect for fans of The Curious Incident of the Dog in the Night Time and Wonder. It is a book that will make you laugh and cry.

John, Susan, Titty and Roger sail their boat, Swallow, to a deserted island for a summer camping trip. Exploring and playing sailors is an adventure in itself but the island holds more excitement in store. Two fierce Amazon pirates, Nancy and Peggy, challenge them to war and a summer of battles and alliances ensues.

A master storyteller, sympathetically in touch with real children and their interests, has created characters who are accepted as friends by children everywhere, not to mention plots which are eminently plausible and unexpected.’ SUNDAY TIMES, in an article listing Swallows and Amazons among ’99 Best Books for Children.

‘My childhood simply would not have been the same without this book. It created a whole world to explore, one that lasted long in the imagination after the final page had been read’ – Marcus Sedgwick

Only Lewis Carroll has shown us the world upside down as a child sees it, and has made us laugh as children laugh –Virginia Woolf

‘I had sent my heroine straight down a rabbit-hole without the least idea what was to happen afterwards,’ wrote Dodgson, describing how Alice was conjured up one ‘golden afternoon’ in 1862 to entertain his child-friend Alice Liddell. In the magical world of Wonderland and the back-to-front Looking-Glass kingdom, order is turned upside-down: a baby turns into a pig; time is abandoned at a tea-party; and a chaotic game of chess makes a 7-year-old a Queen.

It’s rare to find a story that combines so successfully a contemporary plot and modern morality with a feel for legend and fairy tale. She Magazine

A gentle and deeply moving story of a young girl and her bear, told with great charm by a master storyteller.

High in the mountains, in a tiny village, an abandoned bear cub is adopted by a lonely orphan child. Soon they are inseparable, beloved by the whole village – safe, until the arrival of a glamorous film crew who need a dancing bear…

The Greek myths are among the greatest, most exciting stories ever told and feature some of the world’s best loved heroes and heroines. In this book, you’ll find the stories of Theseus, conqueror of the dreaded Minotaur; the mighty Heracles and his twelve tasks; the tragic lovers Orpheus and Eurydice; Perseus, the Gorgon-slayer; the musician Arion and his rescue by the dolphins; Pandora and her little box of horrors; the feather-clad fliers Daedalus and Icarus; and the weaving contest between Arachne and the goddess Athene. Each of these tales has been retold with lively text and dramatic cartoon style, making them accessible and fun for young children.